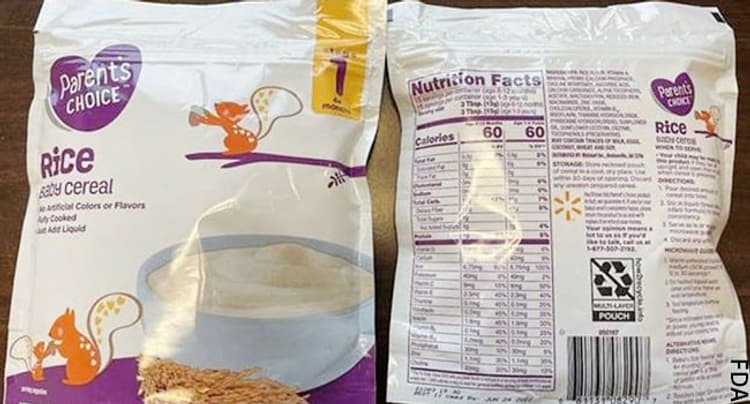 A sample from the three lots, which were sold only at Walmart, tested above the guidance for naturally occurring inorganic arsenic, according to a company announcement on the recall from Maple Island that was posted on the U.S. Food and Drug Administration website. The heavy metal has been tied to impaired development in children.

“Research has shown reducing exposure to toxic elements is important to minimizing any potential long-term effects on the developing brains of infants and children,” the recall stated. “FDA has recognized that trace elements such as these are widely present in the environment, including water, soil and food.”

The best if used by date and product numbers are on the bottom left corner on the back of the Parent’s Choice Rice Baby Cereal packaging, the company said in a statement announcing the recall.

No illnesses related to the recalled products have been reported, according to Maple Island.

Customers who bought the recalled baby cereal should throw it out or return it to Walmart for a full refund, the company said.

About four months ago, Beech-Nut Nutrition recalled some infant rice cereal sold nationwide after samples showed excessive levels of arsenic,CBS News said. The baby-food maker said at the time that it would stop selling the product over worries it can’t comply with federal limits on levels of arsenic. 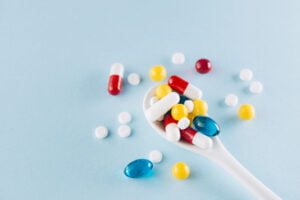 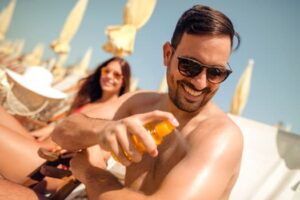 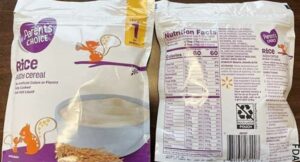 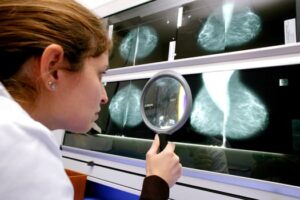